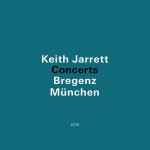 According to Jazzwise (“Jazz breaking news: Two Keith Jarrett gems emerge from the vaults”), ECM Records will release two Keith Jarrett albums in November 2013 (currently both listed with a release date of November 25 on Amazon): 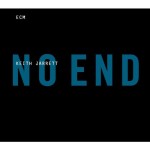 Excerpt from “In conversation with Keith Jarrett” (2009) about the “No End” session:

“You mentioned the quartet earlier. Do you see a role for that again in your music?

I am basically never thinking of the future. I actually have things from the past. Believe it or not there’s a sequel to Spirits that was done on all electric instruments: two guitars, electric bass, drums, percussion, voice and occasionally something else.

When did you do this?

Shortly after I did Spirits in the late 1980s, and this has been resting in my house ever since and I played it for a couple of people recently and they go, ‘Oh my God! This has to come out, because nobody is going to believe this stuff!’ And one of the things about it is, I’m playing all the instruments, but the thing I really get a kick out of it every time I hear it is how tight the rhythm section is. It’s like the best feel on some of these things I could ever get because I knew what I wanted. When you’re with percussionists, their sense of time is slightly different. Every drummer is different, and you’re playing piano and you’re trying to blend and find where the rhythmic point is, and it’s a blend of all those guys. But here, it’s so contagious because [the rhythm section] was all me. And I’m not saying this from an egotistical standpoint. It’s… I guess the word is contagious. It’s like hearing Miles’ rhythm section at the Blackhawk, and you hear how they are at one. Every beat at exactly the same precise place, and for me it was all my sense of time. The reason I bring that up is there is not just a future, there’s [also] a past. At the moment the Trio is going to go the length. The next release is going to be the Paris and the London concerts together; there was something special going on there.”

Thanks to David and Felix on the Keith Jarrett Yahoo! Group for the information.