A 2-CD recording of the six sonatas for violin and piano BWV 1014-1019 (Johann Sebastian Bach), by Michelle Makarski (violin) and Keith Jarrett (piano), will be released by ECM in 2013 (the exact release date is currently unknown). 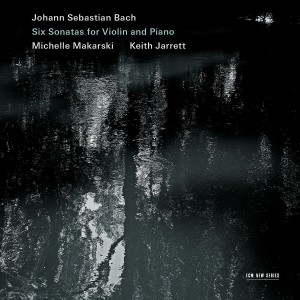 Here’s the complete information from the ECM catalogue:

Thanks to Nick for the information!

Update (January 29, 2013). The cover art has been removed as the ECM catalogue was not supposed to be published online.

Update (May 6, 2013). “Sechs Sonaten für Violine und Klavier” will be released “sometime in September” (according to Keith Jarrett’s manager).

Update (July 23, 2013). According to Amazon, this recording will be released on September 3 (US), 6 (Germany), and 9 (UK), under the name “Six Sonatas for Violin and Piano”. Thanks to Uwe for the information!